As I type today’s post, there are seven industrial fans and dehumidifiers humming away in our house – it’s like we’re living in wind tunnel. I guess I should press rewind and tell you about my ker-azy day, huh? This morning, I woke up to the soothing sound of spraying water. At first I dismissed it as the automatic sprinkler system watering our lawn but then I realized that the water sounded way too close for comfort. My fears were confirmed when I stumbled out of bed and landed feet first in a pool of water. Wha?

I sloshed my way to the kitchen where I found a torrent gushing out from under the sink. My hubby frantically turned some knobs that finally stopped the flow of water, but not before ¾ of our house – which is floor-to-floor hardwood – was drenched. I was so thankful that Fitbomb’s flight was grounded the night before… …even though he ended up wishing he was at his deposition instead.

We were an efficient two-person bucket brigade for a good hour and a half before the water clean-up crew finally showed up.

In times of stress, I get munchy so I made us a big platter to share for breakfast: leftover roasted asparagus wrapped in homemade slow-roasted top round, Farmhouse Culture’s Classic Caraway Kraut, and sliced cherry tomatoes. Isn’t it nice to know that while the hardwood floors were buckling from the water damage, I still took a picture of my nosh? I definitely have my priorities in order.

At lunchtime, I met up with my writing mentor, Tori Ritchie, at Mission Chinese Food. She was nice enough to invite me along to a lunch with Bruce and Adam, two foodie publishers from Boston. (By the way, if any of you Bay Area peeps are interested in honing your food writing skills, you should definitely check out Tori’s one week intensive Food Writer’s Camp from 6/5-6/9/12. You’ll learn so much from her in this intimate 5-day retreat filled with good food and great advice. Tori’s a seasoned food writing veteran who is exceptionally generous with her time and knowledge. Go sign up here.)

I’ve been wanting to try Mission Chinese Food for a long time, especially after reading about the co-founders in one of my favorite cookbooks, Mission Street Food. 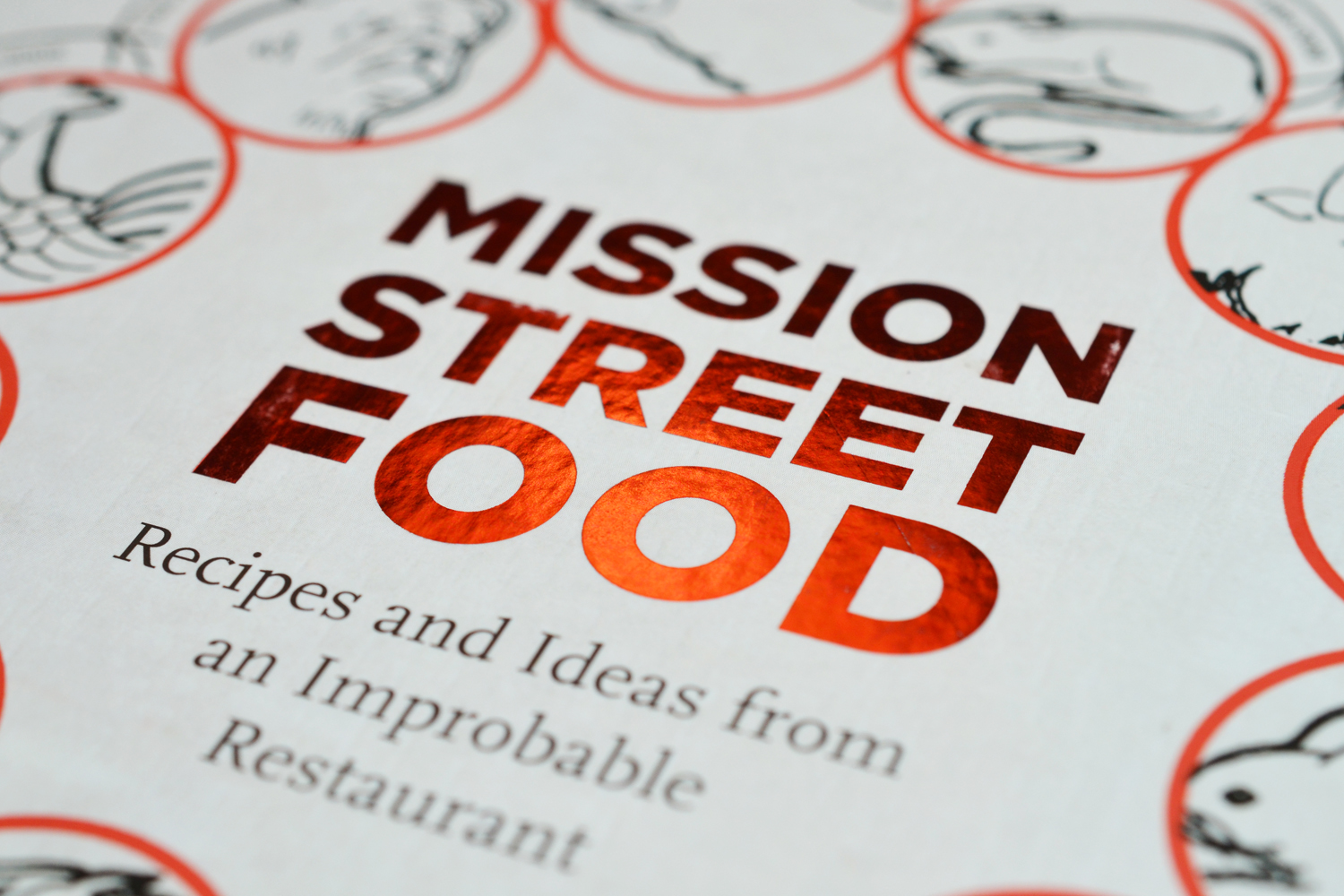 Mission Chinese Food is located in Lung Shan Restaurant in the Mission district. From the outside, it looks like any other hole-in-the-wall kung pao joint. However, once you see the line of DSLR-toting hipsters waiting to get in, you’re tipped off that this spot has foodie-cred. The four of us shared a bunch of dishes, including: Can you guess which dish was my favorite? Chinese food isn’t Paleo, even when it’s made with high-quality ingredients because there’s vegetable oil, sugar, soy sauce, and cornstarch in everything. That being said, I’m a firm believer that if you eat clean most of the time, you can go off the rails once in a while when the food is phenomenal.

When I got back to the house, it was back to my soggy reality. We spent all afternoon rapidly stuffing our belongings into packing boxes.They’re tearing out all the flooring tomorrow so we’ll be staying at an extended-stay hotel for a month. Yes, I’ll still post about my Paleo eats under these unusual circumstances.

We took a much needed break in the late afternoon to cheer Big-O at his little league game. Afterwards, we stopped by Peninsula Creamery Fountain and Grill for dinner. I ordered a California Burger with a side salad, hold the cheese and bun. We came home, put the boys to bed, continued packing, and washed loads of water-logged laundry and towels.

In the end, it could have been much worse. We could’ve been out all day when the flooding happened. The Double-Os could’ve been here with just the grandparents. Or the gushing water could’ve come from the sewage line. Ultimately, it’s just stuff that needs to get fixed or replaced. Come on now – it’s not cancer.